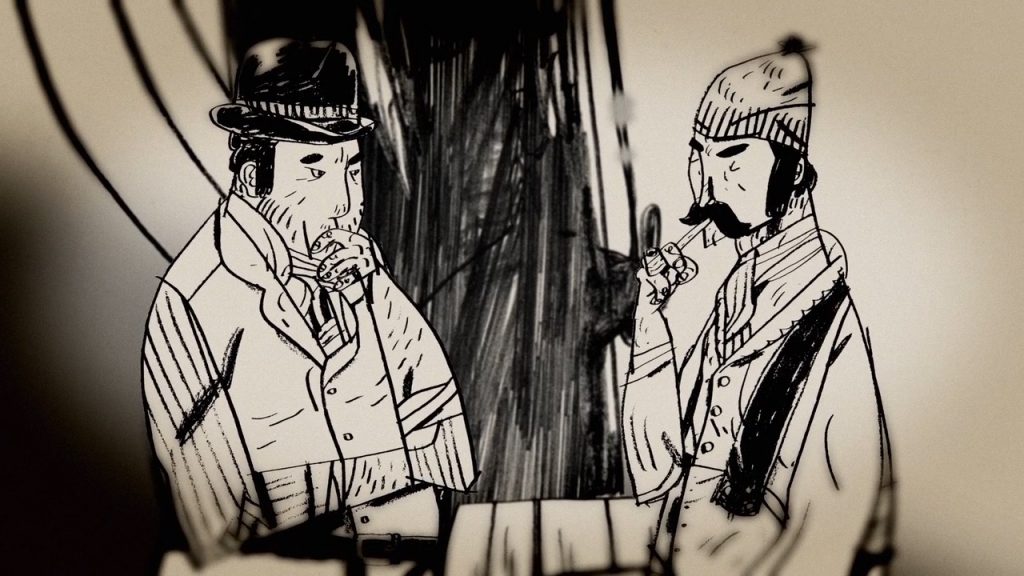 Moby Dick Unabridged took place at the Southbank Centre over four days. The work was part of a selection of live readings, animations, songs, sculptures and dance that were performed to open the 2015 London Literature Festival.

Rumpus teamed up with a hero of ours – illustrator Warwick Johnson Cadwell to animate a section of Moby Dick to be shown live at the event.

The characters were built and animated to look like cut out puppets. The final film was gritty, clunky and bawdy. We love it.