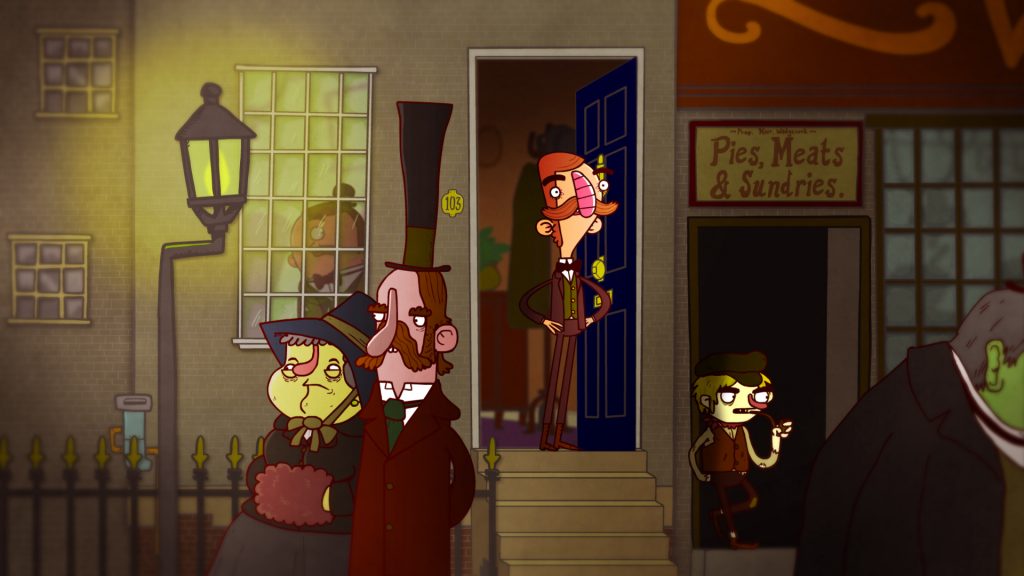 The Adventures of Bertram Fiddle was first conjured up by illustrator and designer Seb Burnett when he was studying his MA in Animation in 2008. From there, Rumpus have designed and developed the work into their first in-house point and click adventure game, released Episode 1 in December 2014.

Working with a creative team of programmers, animators, designers and background artists, as well as the vast selection of voice over artists, The Adventures of Bertram Fiddle went on to win the “Best Narrative” award at the Tokyo Indie Fest 2015 and was featured in The Guardian.